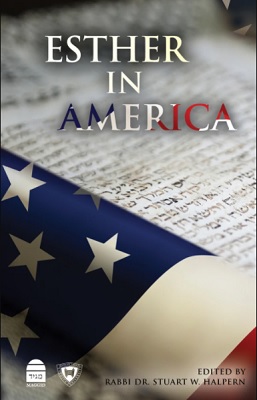 Nachum welcomed Dr. Stuart “Stu” Halpern to this morning’s JM in the AM to take a look at his new Koren Publication’s release, “Esther in America.”

From the Koren site:

The Book of Esther has inspired and impacted the American project since its very inception. Rabbis and ethicists, abolitionists and artists, preachers and presidents, have understood the text to speak to their moment. It has offered solace to immigrants, forged solidarity, impacted politics, and, in the spirit of Esther 4:14, roused individuals to realize that deliverance was not to come from some other place, but from their own heroic actions on behalf of their people. As we Americans once again find ourselves navigating antisemitism and bigotry, questioning the limits and purposes of power, reassessing gender dynamics, and grappling with how to keep an ethnically diverse empire from imploding, it is once again to Esther we must turn, to the timeless scroll that continues to urge us to find strength and redemptive possibility in the least expected of places. Includes the Megilla text.