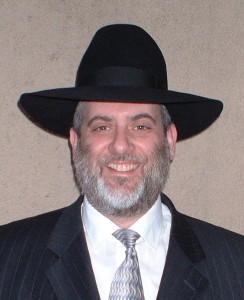 “Please save me from the hand of my brother, from the hand of Eisav, for I am afraid of him” (B’reishis 32:12). Targum Yonasan says that Yaakov’s fear was based on Eisav having the merit of honoring his father. In Iyun HaParasha #105, a question is posed based on Tosfos (on 25:25) quoting a Midrash that explains why Eisav was never circumcised. Since Eisav was very red when he was born, Yitzchok thought it would be dangerous to circumcise him on the eighth day. After a year or two, when his color remained the same, Yitzchok realized that this was Eisav’s natural complexion so he could be circumcised, but decided that since he didn’t circumcise him when he was eight days old, he would wait until he was 13, the same age Yishmael was at his circumcision (see 17:25). However, when Eisav turned 13, and Yitzchok wanted to circumcise him, Eisav refused. If Eisav defied his father’s wishes that he be circumcised (a continual and constant defiance, since he never fulfilled his father’s wishes), why was Yaakov afraid that the merit of honoring his father would give Eisav the ability to “smite me, mother and children”?

It should be noted that not everyone agrees that Eisav was never circumcised, as Tana D’vay Eliyahu (24) says Esaiv’s descendants kept the mitzvah of circumcision until Yitzchok died, and Agadas B‘reishis (58:4) says that Eisav was circumcised by his parents, but subsequently rejected it (see also Pirkay d’Rebbe Eliezer 29 and B’reishis Rabbah 63:13). Nevertheless, as Rabbi Yaakov Rabinowitz, N”Y, pointed out when he asked me a similar question last week, Eisav didn’t really obey his father very much. He married women who, because they were idol worshippers, caused major distress to both his father and his mother (see Rashi on 26:35), and never changed his ways despite having to have been rebuked by his father. [If Avraham died five years early so as not to see Eisav’s wickedness (see Rashi on 25:30), his wickedness must have been obvious, and Yitzchok would have had to have seen it as well. When Yaakov, impersonating Eisav, uses G-d’s name, Yitzchok questions whether it was really Eisav (see Rashi on 27:21 and 27:22), so Yitzchok was well aware that Eisav was not a very religious fellow. It is unfathomable that Yitzchok didn’t try to get Eisav to change his ways, yet Eisav didn’t change.] How can someone who went “off the derech” despite the aggravation it brought his parents be held up as the epitome of someone who honored his parents?

In Iyun HaParasha, the question is bolstered by categorizing Eisav’s refusal to be circumcised as “contradicting his father’s words,” which violates the mitzvah of “fearing” his father (see Yoreh Deyah 240:2). However, “contradicting one’s father’s words” refers to when there is a disagreement between the father and someone else with the son supporting the argument of the other person. It does not seem to refer to not listening when the parent makes a request. [That doesn’t mean disobeying parents doesn’t fall under the category of not “fearing” them, it just isn’t included in that phrase.] Ramban (Kiddushin 34b) is then quoted as saying that the mitzvah to “fear your parents” and “honor your parents” are one and the same, but Ramban only said that in order to answer why they are not considered “two verses that say the same thing,” which would prevent them from being a source that can be applied to other laws. Even if this approach must be relied upon to treat the two separate mitzvos of “fearing parents” and “honoring parents” as one category regarding being a source for other laws, it is clear that they are two distinct mitzvos, and not just one mitzvah that has two aspects to it. As a matter of fact, despite arguing (at times) with Rambam’s list of the 613 Mitzvos (including when something he counted as multiple mitzvos should be, in his opinion, counted as only a single mitzvah), Ramban does not disagree with Rambam counting the mitzvah of honoring parents (#210) separately from the mitzvah of fearing them (#211), i.e. acting as if one fears them.

Rabbi Shimon ben Gamliel is quoted (D’varim Rabbah 1:15) as saying that no one honored his parents as much as he (Rabbi Shimon ben Gamliel) honored his, adding that Eisav honored his father even more. [In B’reishis Rabbah (65:16), he is quoted as saying that even though he served his father his entire life, it wasn’t even 1/100th of what Eisav did for his father.] One of the specifics mentioned is that Eisav put on royal garments to serve his father, as (paraphrasing) “my father deserves nothing less” (see P’sikta Rabbasi, end of 23). Eisav excelled at the mitzvah of honoring his father, which Rambam (quoting the Sifra) defines as “feeding [him], clothing [him] and helping [him] get around.” Even though Eisav fell very short of fulfilling the mitzvah of “fearing” his father, which Rambam (again quoting the Sifra) defines as “not sitting in his place, not speaking in his stead and not contradicting his words,” the consequences of not fulfilling that mitzvah doesn’t diminish the value of the mitzvah of honoring his father that he fulfilled so well. [B’reishis Rabbah (82:14) says that Eisav only fulfilled one (single) mitzvah; since “honoring parents” and “fearing parents” are two separate mitzvos, the only one he observed was honoring his father.] There is therefore no contradiction between saying that Eisav was the epitome of someone who honored his father, even if, when it came to conducting his life the way his parents wanted, he didn’t “fear” them, i.e. follow their instructions the way a subject follows the instructions of a ruler who can/will punish those who disobey him.

P’sikta Rabasi (ibid) tells us that the merit of Eisav honoring his father has kept his descendents “on top” of Yaakov’s descendants; when that merit wears off, Yaakov’s descendants will rise over his. It is no wonder, then, that as he was about to face Eisav, Yaakov was afraid that in the merit of honoring their father, his otherwise wicked brother might be victorious.