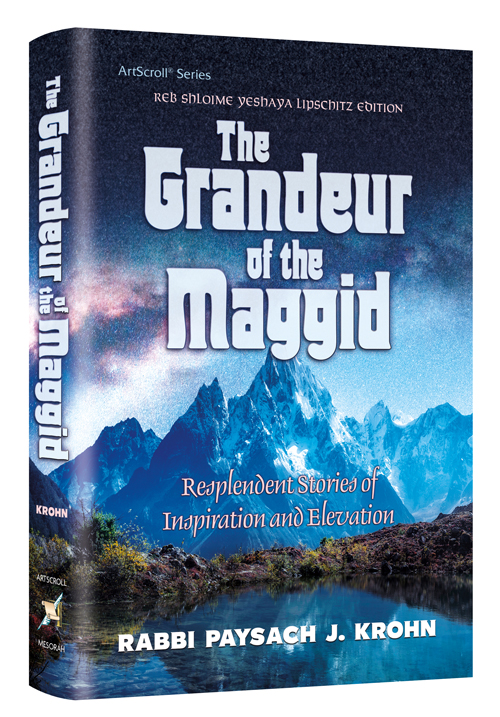 Nachum hosted Rabbi Paysach Krohn on this morning’s JM in the AM to explore his latest ArtScroll release “The Grandeur of the Maggid: Resplendent Stories of Inspiration and Elevation.”

From the ArtScroll site:

Did you know that you can sometimes find angels (well, human angels) in a beachfront restaurant?

Would you believe that from the the ruins of the building in Surfside could come an unbelievable story of kavod haTorah?

Have you ever really understood the remarkable miracle of Danish Jewry’s escape from the Nazis?

In The Grandeur of the Maggid, Rabbi Paysach Krohn’s tenth collection of inspiring stories, the “American Maggid” outdoes himself, bringing us true stories that elevate as they entertain, that illuminate as they inspire. He finds the grandeur in the lives of ordinary Jews – because he knows there is no such thing as an “ordinary” Jew! And, of course, he finds the grandeur in the lives and deeds of our Torah and communal leaders, with absorbing biographical sketches of Rav Chaim Kanievsky, Rav Yechiel Yaakov Weinberg, Rav Nota Greenblatt, Rav Moshe Neuman zecher tzaddikim liverachah .

Describing his mentor, Rav Sholom Schwadron – the famed and beloved “Maggid of Jerusalem” — Rabbi Krohn says: “He could make people cry and make them laugh, but more than anything else, he made them listen. And afterward, people would walk away saying, ‘He was talking to me.’”

That was true then, in the holy, winding streets of Yerushalayim. And it is true now as well, in our lives, as “The American Maggid” makes us cry and laugh – and as he talks to our very souls.