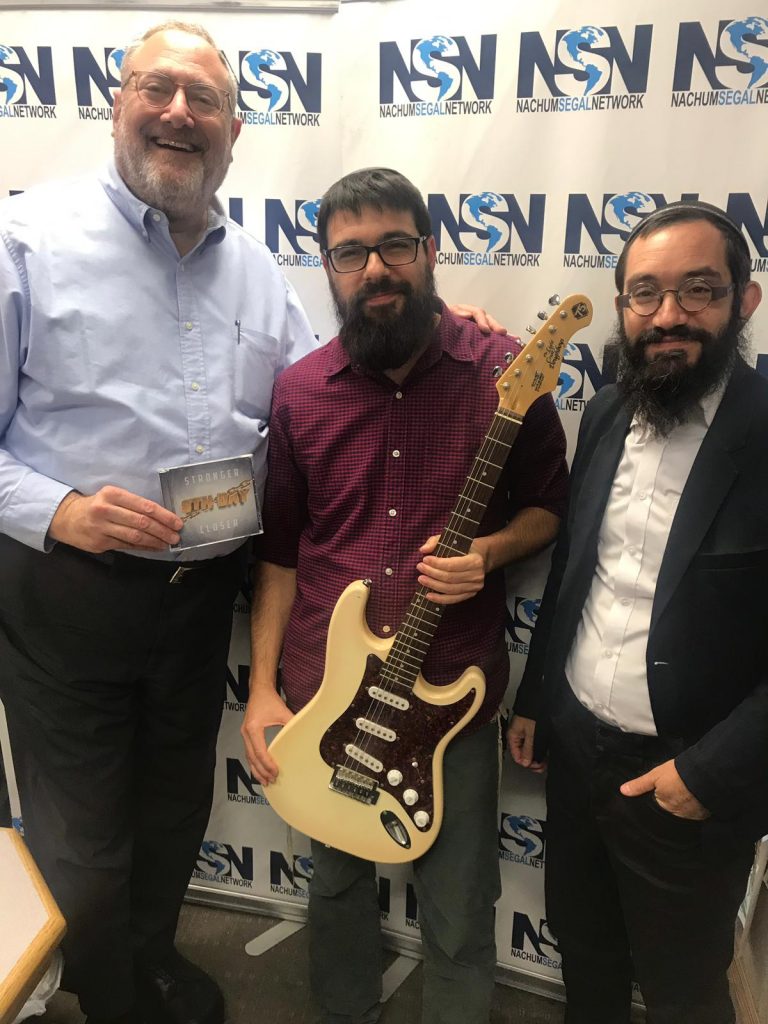 Nachum welcomed Shmuel and Bentzi Marcus of 8th Day to the studio during this morning’s JM in the AM for a comprehensive look at their music including their latest CD, “Stronger Closer.”

You can watch the interview at the NSN Facebook page HERE. 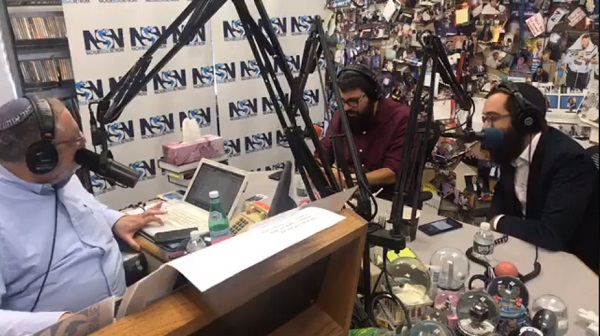 8th Day, the band co-founded by brothers Shmuel and Bentzi Marcus, is one of the most sought after music acts these days. With their latest hit album “Stronger Closer” the group has now released eight studio albums that get air play regularly on the radio, and have been top sellers on the World Music, Alternative Rock and Jewish Music charts. “Stronger Closer” reached the #1 spot on iTunes World Music chart and critics have been calling it their best album yet.

The band has played hundreds of sold out concerts across the globe with stops in Australia, Europe, Israel, Asia, South Africa, Canada, the Caribbean Islands and all over the United States. Their hit music video for “Ya’alili” has over 6 million views on YouTube and helped drive 8th Day to the top of the Music charts. They followed that up with more fan favorites like “Celebrate”, “Miracle of Light”, and now their latest hit video “My Shtetl’s Calling”.

The band got their start in Southern California where the Marcus brothers grew up in a very musical, Orthodox Jewish home. Their first shows were for small local community events, and performing for friends and family. As their music started to attain recognition they joined up with well known local musicians; popular rock drummer Rosy Rosenquist, Grammy nominated bassist Philip Bynoe, Klezmer aficionado Leo Chelyapov and began touring in earnest in 2007.

8th Day’s fresh and unique sound is complimented by their poetic lyrics and spirited vocal harmonies. What started as a fun family project, has now become a global phenomenon as their fan base continues to grow all over the world.