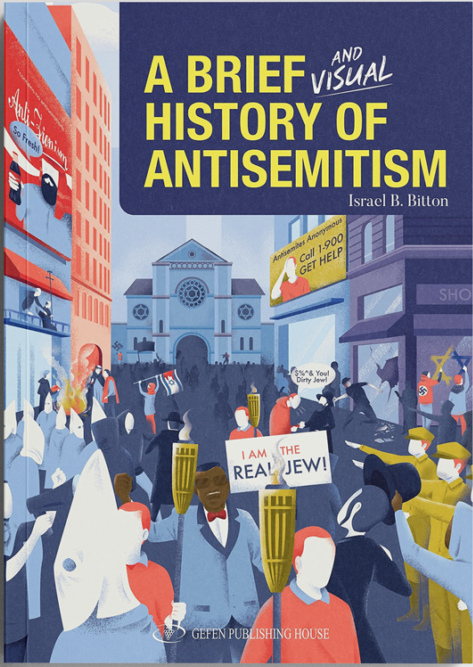 Nachum interviewed Dov Hikind, founder of Americans Against Antisemitism, about Israel Bitton​’s “A Brief and Visual History of Antisemitism” and more.

Americans Against Antisemitism was formally launched in 2019 as a grassroots, non-partisan organization in response to the re-emergence of virulent antisemitism. Particularly concerning was the recognition that in its current iteration, antisemitic attacks are not just coming from the far-right but seem to be coming more and more from the far-left as well.

It has become a daily occurrence to hear about differing forms of attacks and public humiliation with violent undertones, property defacement using swastikas, and other forms of antisemitic vandalism. New York City for example, long known as a bastion for American Jewry, is no longer immune from daily antisemitism. Our community is feeling stunned and abandoned because not only is it increasing in nature but the increase in violent attacks is being met with silence or platitudes from elected officials and an absolute refusal to deal with the antisemitism that is being committed by other minority groups. And these events are not limited to New York City alone, as we’ve seen antisemitism spread rapidly throughout the United States and, again, throughout Europe.

Although Jews account for less than 2% of the American population, they account for more than 60% of all hate crime victims targeted for their religion. Jewish students on university campuses across the country are being shunned, marginalized, intimidated and forced to play down their Jewish identity while having anti-Zionist (and antisemitic) ideologies practically forced upon them. Nearly a third of the American Jewish population now fears wearing Jewish symbols in public, while a quarter avoids Jewish events and institutions in fear of being targeted for violence (AJC survey).

In other words, European-style antisemitism has landed with a resounding boom in America. And we won’t be silent or passive about it, so it’s time for good people from all walks of life to wake up and react to the canary in the coal mine before it’s too late.