Nachum welcomed author Rabbi Yisroel Besser and Rabbi Gedaliah Zlotowitz to the studio during this morning’s JM in the AM to explore ArtScroll’s “The Tosher Rebbe: The life, leadership and legacy of Rabbi Meshulam Feish Halevi Lowy.”

You can watch the interview on the NSN Facebook page HERE. 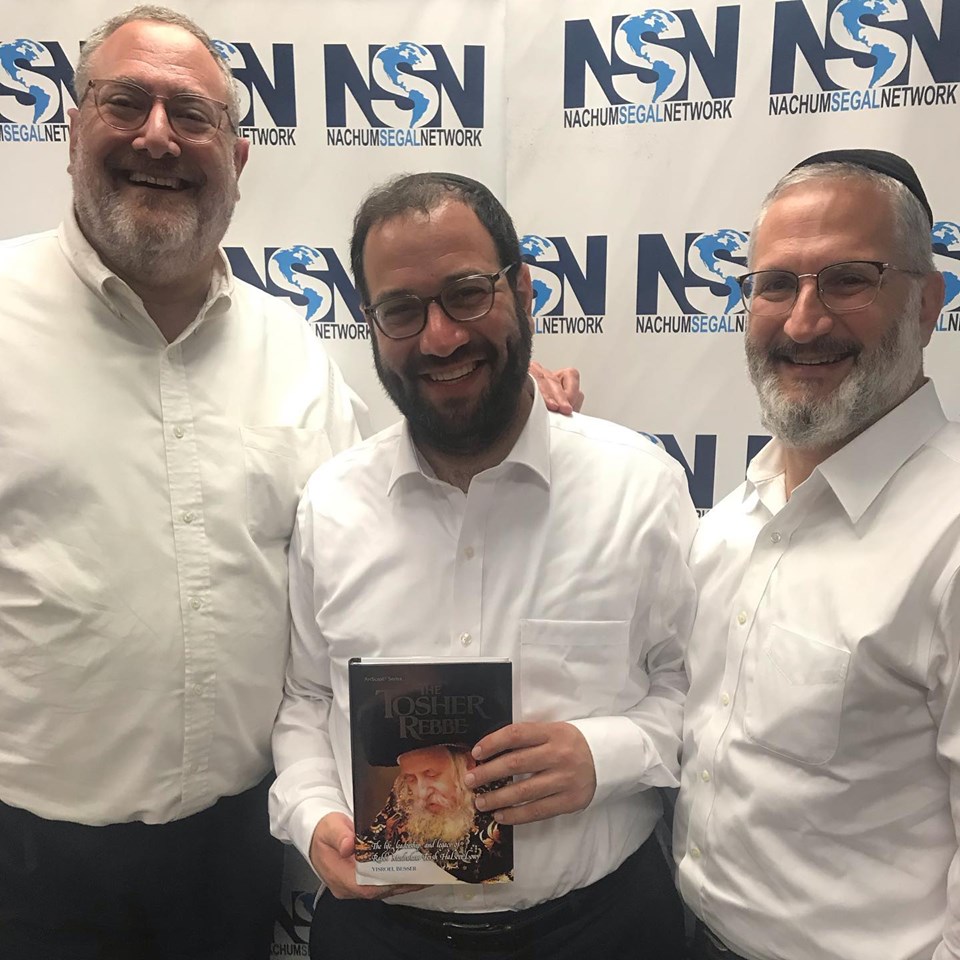 Rav Meshulam Feish Halevi Lowy, the Tosher Rebbe, was known as a person whose blessings could work miracles. But the greatest miracle of the Tosher Rebbe wasn’t the flow of salvation that came from his room. It was the constant miracle of how he viewed every single person, the way he was ready to give all of himself for a Jew in need.

A survivor of a glorious chain of Rebbes, he remained nearly alone after the Holocaust, and in Montreal of the 1950’s, he worked to rebuild the dynasty. When he finally succeeded, he started to build yet again, determined to create a “shtetl,” a village built on foundations of purity and holiness.

For the next fifty years the Tosher Rebbe would stand as a pillar of prayer, a fountain of inspiration and encouragement for his talmidim and chassidim and to Jews all over the globe. He conducted a global network of chessed, raising millions of dollars for those in need, all the while acting in near-seclusion.

The Tosher Rebbe spawned healing and hope, but most of all, in his proximity, the people felt the reality of Hakadosh Boruch Hu’s presence. The stream of visitors — at times, hundreds in a single day- could sense the Divine current that hovered over the small room as they gazed at the holy glow that radiated from the Rebbe’s face and heard the cry of faith that laced his every word. They would come into the room weighed down by heartache and leave with spirits restored, touched by the tzaddik’s delight, enthused by his blessing, uplifted by the clarity of his emunah.

In this book the reader can feel the intensity, the passion, the perfect joy one felt near the Rebbe, the tzaddik of Tosh: in this book, the ahavas Yisroel, the sacrifice, the Torah and tefillah of the Rebbe come alive once again, a ray of light showing us the way forward.