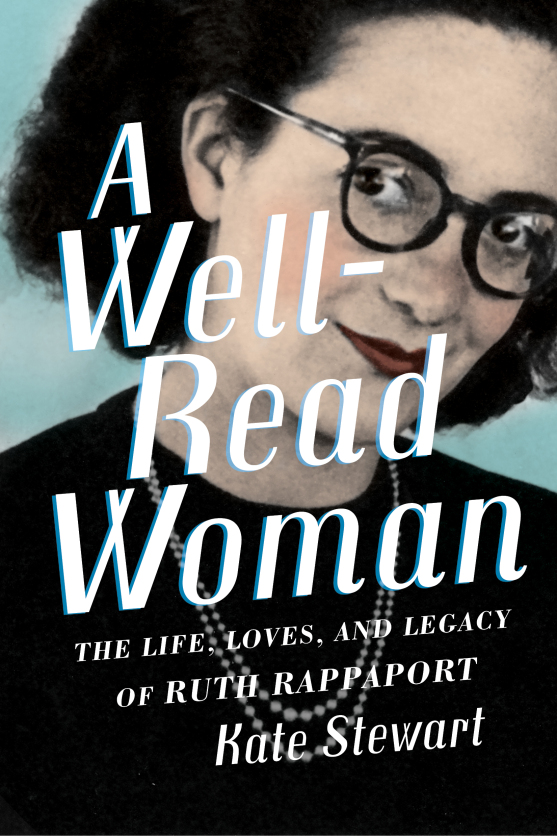 Nachum welcomed Kate Stewart, author of “A Well-Read Woman: The Life, Loves, and Legacy of Ruth Rappaport,” to this morning’s JM in the AM for an in-depth look at this captivating new book.

From Kate’s website: “I am the author of A Well-Read Woman: The Life, Loves, and Legacy of Ruth Rappaport, which will be published by Little A in the spring of 2019. It emphasizes how growing up under censorship in Nazi Germany affected Ruth Rappaport’s later life and career as a librarian. While Ruth is not a nationally known figure, her humor, grit, and chutzpah were unforgettable to every person she met. The book opens with Ruth’s childhood as a bookworm in Leipzig, an internationally renowned publishing city, where she read banned books and saw book burnings on the streets as a teenager. In 1938 she escaped to Switzerland by jumping off a train to run away from her parents, who later died in concentration camps.

While living with a series of foster families, Ruth discovered “a whole world of ideas” at the Zurich public library. She left for Seattle to live with her relatives, developed a conflicted devotion to Zionism, and started a career in journalism. In 1948 she moved to Palestine and struggled with sexual harassment and finding a steady job in the midst of another war. Disillusioned with Zionism, she moved to New York and assisted lawyer Max Lowenthal with completing his landmark book exposing the FBI’s violations of civil liberties, published in 1950.

Ruth decided to renew her life through a career in librarianship. In 1963, she headed to Saigon to build what became an enormous library system for the US military across Vietnam, an eight-year endeavor her superior officers dubbed “Ruthie’s Little Empire.” Finally finding a permanent home in Washington, D.C., Ruth lead the Social Sciences Subject Cataloging division at the Library of Congress through a series of crises in the 1970s and ’80s. The book closes with Ruth’s death in her own home on Capitol Hill in 2010 after many years of mesmerizing neighbors and friends on the front porch with her life story.”