Nachum was joined by communal leader/philanthropist Avi Katz to discuss the Katz Family Initiative Driving Impact in JSU, the national initiative he and his wife Becky have established with NCSY. Visit the JSU website HERE and read the press release below: 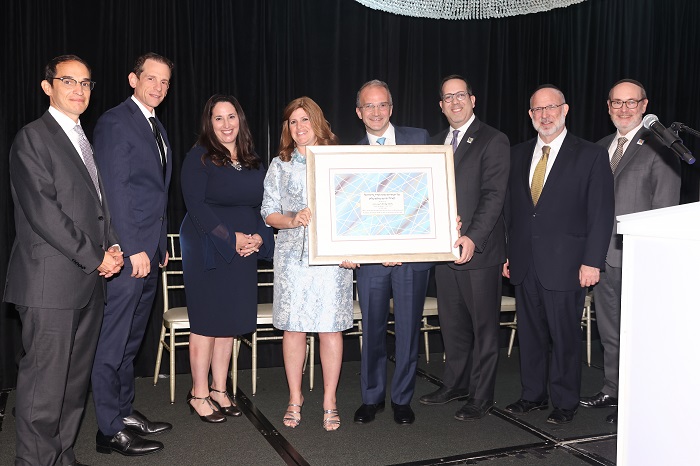 JSU is NCSY’s network of extracurricular Jewish “clubs” that take place in public high schools across the USA and Canada. Through its 300+ clubs in 21 US states, the program’s 100 staffers bring Jewish life and learning to more than 12,000 teens annually. JSU offers a steppingstone for teens looking to connect with their religious and spiritual identity through strong Jewish role models, experiential Jewish learning, and community.

The Katz Family Initiative includes the creation of a new position of National Director of JSU, which will be held by Devora Simon, currently the Silicon Valley NCSY/JSU Director. In addition, the Katz Initiative will fund four distinct new programmatic strategies to increase the impact of JSU by improving the retention of students and their transition to Jewish programs beyond JSU club meetings.

The Katz Family Initiative is expected to transform what JSU can do for the Jewish People by building meaningful relationships with each teen as well as developing the next generation of Jewish leaders.  Towards that end, The Katz Family Initiative will fund a JSU Presidents’ Conference designed to empower select students to drive more engagement and commitment in their own JSU clubs.

“We’re extremely thankful to Becky and Avi Katz for everything they do, whether it’s opening their home to our programs, helping us to better our NCSY program, and perhaps most notably in this moment, leading from the front and making this tremendous investment in the Jewish future,” said OU President Moishe Bane.

“NCSY has grown tremendously in the past decade, thanks in large part to the leadership of Becky and Avi Katz,” said NCSY International Director Rabbi Micah Greenland. “Big ideas like this JSU investment build on NCSY’s leadership role in the community in Jewish identity-building and connection to Israel, for the upcoming generation of American Jewry. This gift from Becky and Avi leverages all of those organizational strengths to make a meaningful additional impact on the lives of tens of thousands of Jewish public high school students.”

Avi Katz currently serves as the chairman of the Orthodox Union’s Board of Governors and previously as chairman of NCSY. Two years ago, through his guidance, NCSY worked with the Orthodox Union’s Center for Communal Research to study how JSU could more substantially impact on its participants as a movement. While JSU previously grew rapidly and organically based on an individual city or region’s needs, the study found a need for a centralized vision and strategy to help it mature into a cohesive network of programs with a uniform standard of excellence across North America.

The study showed that while many JSU chapters were successful on their own, they could have greater educational impact through enhanced staff training and increasing connections amongst student leaders, both of which should lead to increases in teen retention and Jewish engagement. It also illustrated a need for additional staffing, both locally and nationally.

The Katzes’ donation has been earmarked toward launching a JSU Teen Leadership program where club presidents will work together, both virtually and at JSU’s first-ever two-day Presidents’ Conference. It will also help fund the increase in staffing and staff training, including the appointment of a JSU National Director Devora Simon.

Simon comes to the role after more than a decade of Jewish educational positions, most recently serving as NCSY’s city director in the Silicon Valley. She previously held a variety of posts in Jewish education in Texas, Germany and Montreal. In Montreal, she also helped to relaunch a latent NCSY chapter. Devora resides with her husband and two children in Baltimore, MD.

“JSU plays a critical program in the lives of so many Jewish teens across the continent and it’s our hope that with this additional funding, they can impact even more teens during these formidable years as they grow to become the next generation of Jewish leaders,” said Katz. “We hope that our investment will empower Devora and her team to make JSU the strong program it has the potential to be.”

Founded in 1898, the Orthodox Union, (OU), serves as the voice of American Orthodox Jewry, with over 400 congregations in its synagogue network. As the umbrella organization for American Orthodox Jewry, the OU is at the forefront of advocacy work on both state and federal levels, outreach to Jewish teens and young professionals through NCSY, OU-JLIC, Birthright Israel/Israel Free Spirit, Yachad and OU Press, among many other divisions and programs. For more information, visit https://www.ou.org/.