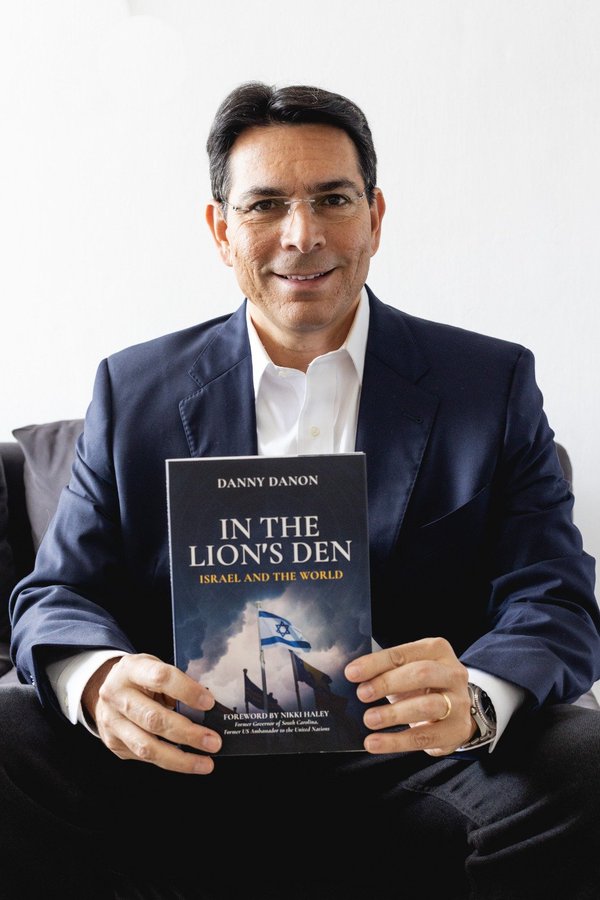 Nachum welcomed Ambassador Danny Danon to this morning’s JM in the AM for a discussion about his new book “In the Lion’s Den: Israel and the World.” They explored the book and a number of timely topics concerning Israel.

Israeli statesman and former UN Ambassador, Danny Danon, presents a compelling vision of Israel’s future as a major player on the global stage.

In the Lion’s Den is a book about the life events that encouraged Danny Danon to pursue his chosen career path and take his distinct and direct approach during his time as Knesset Member and later on in his political career. It is a book that tells the story of his journey to the United Nations and the key events that occurred during the five years he served as Israel’s 17th Permanent Representative to the UN.

In the Lion’s Den draws on the unique perspective of a man who has spent his entire career in his nation’s public service. Danon shares his experiences on the front lines of Israel’s global presence––the successes as well as the disappointments. Danon makes a compelling case for an Israel that must be proud of its identity and faith; forge relationships with diverse peoples; make autonomous domestic decisions; and determine its own foreign policy.

In this book, Danon lays out a roadmap for Israel’s future on the regional and global stage and outlines the path Israel must follow in order to continue to make a positive contribution to global prosperity and peace and ensure its safety in a fraught region. As the Jewish state enters the next phase of its existence, Danon’s inspiring vision will help Israel fulfill the noble vision of its founders.